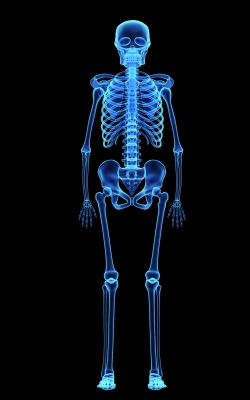 Osteoporosis occurs when bone mass decreases and bones become porous. As a result, there is an increased risk of fractures, commonly in the hips and vertebrae.

Osteoporosis most often occurs in women, although men are also susceptible. One in three women and one in five men are likely to experience fractures as a result of osteoporosis.

Osteopenia is the precursor of osteoporosis, where bone loss is not yet severe enough to be classified as osteoporosis.

Sadly, however, despite consuming high amounts of cow’s milk and its products, North Americans also have among the highest rates of osteoporosis in the world. The only countries in the world that have even higher rates of osteoporosis are European countries and Australia and New Zealand, where cow’s milk product consumption exceeds even that of North America.

Why is it that the greatest cow’s milk consumers also have the highest rates of osteoporosis?

According to some researchers, cow’s milk is acidic and causes calcium to leach from the bones in order to neutralize the acid. However, this is only a partial explanation because cow’s milk is only slightly acidic, with a pH between 6 and 7. A more plausible explanation is that the Western lifestyle, which is sedentary, and the Western diet, which is low in fruits and vegetables and high in processed foods, increases the body’s acidity. The body uses calcium to reduce (neutralize) the amount of acid. It obtains this calcium from bones. Over time, bones become weaker due to the loss of calcium and are at increased risk of fracturing.

What are some things you can do to reduce your risk of developing osteoporosis and bone fractures?

–          Maintain a regular exercise program that includes weight-bearing exercise, such as walking, jogging, and weight lifting.  A sedentary lifestyle is one of the major risk factors of osteoporosis.

–          Avoid cola beverages. Cola drinks contain phosphoric acid, which causes the body to leach calcium from bones in order to neutralize the acid.

–          Eat a diet that is rich in fruits and vegetables to make the body more alkaline and prevent  the leaching of calcium and other minerals from the bones to neutralize excess acid.

Would you like more information or help dealing with osteoporosis? Send me a message or request an appointment below.

Why is high-fructose corn syrup so fattening?