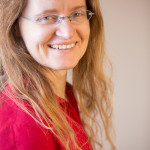 My mother wasn’t supposed to die before my father. She was younger and supposedly in better health. My parents were supposed to look after each other once my mother retired. I remember my mother telling me what she planned to do when she retired. I hadn’t even thought about the possibility of looking after my parents.

All that changed suddenly. After my mother died, I became my father’s sole caregiver. As such, I was faced with his health issues, most of which I didn’t even know about before: cataracts, hearing loss, enlarged prostate (BPH), high blood pressure, arthritic pain, acid reflux… all common health concerns of older adults.

I quickly became familiar with the prescription medications he was taking for these conditions. There was a separate drug for each condition. After some time, it became apparent to me that the purpose of the prescription drugs was to reduce symptoms but not to resolve the issues for which they were being taken. My father was never meant to stop taking these medications but rather to stay on them permanently. What were their long-term effects?

My first experience with the effectiveness of herbs occurred when I gave my father herbs to drink to help with his digestion. After two days, he reported that he only had to get up four times at night to go to the bathroom, compared with his usual six. After a week, he reported needing to get up only twice to go to the bathroom. He went off his prescription drugs for BPH and has never needed them since.

As a result of using herbs, supplements, and diet, my dad is now taking only one prescription drug. He’s still active and living on his own in his late nineties.

I’m very grateful that I’ve been able to support my father with maintaining his quality of life. I would love to do the same for you so that you can continue doing the things that you enjoy in your own life.
It’s time to take control of your health and start feeling better sooner.
Book your complimentary 15 minute consultation with me to find out how.

I love sharing my message and am available to speak to your group. Please contact me for details.

Book an Appointment with Dr. Lina